Let’s talk about what the research says: Industry, Academia, Learning: 7 days to go 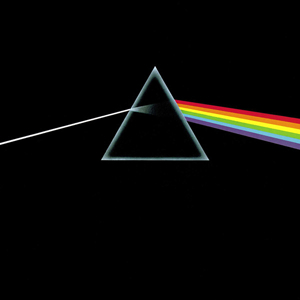 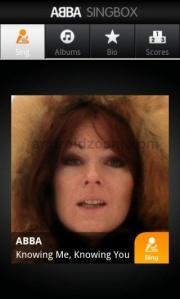 The wide-spread ownership of sophisticated computing devices such as smart phones and ipads allows mass access to social media, augmented reality and 3D virtual world applications. BUT are we making the most of these technologies to help learners communicate using all their senses? These technologies make it technically possible for people to share information about themselves and their contexts using multiple media and multi-sensory communication. This ought to mean that learners who may struggle with traditional text and image can explore new ways to express themselves. New ways to communicate what they do and don’t understand and new ways to allow others to understand more about their particular context and perspective.

One of the essential ingredients for effective learning  where a more knowledgeable person, such as a teacher, is helping a less knowledgeable person (or people) to learn something is that both of them share some common understanding of what the less knowledgable person currently understands. The technical possibilities for multi modal communication offered by emerging technologies should provide new ways for people to share their understanding and misunderstanding and to communicate important aspects of their personal context that may help teachers, parents, and friends to  provide more effective support. But are we making enough of this potential?

I suspect we are not. To tackle challenges such as, developing a clearer understanding of how we make the most of such communication possibilities requires research rigour and energy. To develop technologies and applications that make these new formats for communication and interaction easier and effective we need industrial enterprise and innovation. To understand the needs of learners and teachers, we need to bring them into the research and design process. Most importantly of all, to improve learners’ experiences we will need research, industry, practitioners and learners to work in harmony, and that is hard to orchestrate.

Still off my trolley? Reflections on technology to refresh the parts other forms of learning cannot reach

After a few days of contemplation I remain convinced about the potential of Augmented Reality to support learning,  particularly when combined with a range of other technologies through mobile phones, and embedded devices, for example.

Our own research has demonstrated that AR has the potential to promote learning and to motivate children to engage with learning activities. There is evidence that specific skills can be improved, that learners are motivated and challenged through  interactive problem solving activities and that AR can offer many opportunities for collaboration. Previous research projects, some of them quite old now, have also shown the potential of AR to enhance the presentation of knowledge across a range of real-world settings and the creation of engaging ways of interacting with simulations: demonstrating the broad potential of this technology across a spectrum of learning activities. See for example, Ambient Wood, Savannah, Environmental Detectives and there are more general lessons to be learned from studies with Ubiquitous. Augmented.Reality User Interfaces.

It is clear that to be effective, developers of AR for learning will  need a rich skill set in order to create applications that offer the necessary learner control, challenging interactivity and experience coherence. As previously noted this seems like a perfect task for participatory design with young people being an integral part of designing their own current and future technology rich learning experiences.

Off my Trolley or Technology to refresh the parts other learning cannot reach?

I am normally sluggish in the morning at first and then after a while my body and mind warms up and by the time I get on the train I am fit for a flurry of activity. I notice that many people are busily occupied in the morning in contrast to our sleepy souls on the evening trip back home. I suspect that my little burst of energy is something of an irritation to some of my work colleagues as my emails come flooding in as a large ungainly lump. This morning I was mid sentence when something caught my eye on the drinks trolley – it was a set of adverts appearing on a small video screen at the back of the cart. Adverts designed to entice people to buy the coffee that will burst open their day, and can be enjoyed any way, the water fresh from the spring to give them a zing or, rather less suitably for this hour, the Californian Merlot that costs a bit more dough. This distraction set me thinking and I mused to the rhythm of my neighbour’s mp3 player. I wondered if I had a trolley to entice people to engage with a particular brand of technology to support their learning what would my little adverts say and depict? I can’t promise to offer a definitive decision in a single blog post and reserve the right to come back this distraction again.

So, what would I want my trolley to advertise?… First, I think I would go for something where technology ‘refreshes the parts other forms of learning cannot reach’. There has been a proliferation of powerful and sophisticated digital technologies that are embedded in the environment; and built into small personal devices, televisions and personal computers. These technologies enable the augmentation of our environment through accessing physically tagged data, which can be retrieved and viewed from multiple perspectives. This puts a whole new meaning to the idea of ‘letting your fingers do the walking’ 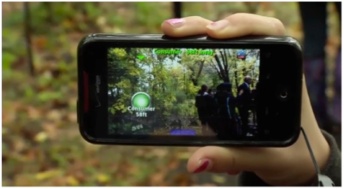 The digital augmentation of reality (AR) can enable people to see the world around them differently, to share their own perceptions and to view the perceptions of others through stored information. AR has been shown to have the potential to support learning, engage learners and has been predicted to gain widespread usage within the next 2-5 years (2011 Horizon Report). Augmentation is not restricted to the visual layering of representations on a physical reality, it also manifests itself as audio augmentation. watch movie

Neither is it restricted to the physical reality of a person’s context: popular locations based applications, such as foursquare, situate and integrate location and social media.

There have been few evaluations of the impact of AR technologies on learning, and yet the speed of its development for mobile phones has resulted in its migration from the research lab to teenager’s pockets – people are ‘just doing it’. As researchers, we don’t have a clear understanding of the impact of AR upon learning, attitude or behaviour change. We can only look and learn as this technology and our relationship to it evolves. It is a fascinating space where the boundaries between producers and consumers blur and the essence of participatory design is wonderfully and ‘curiously strong’. This might just be everyone’s very own personal ‘greatest show on earth’.